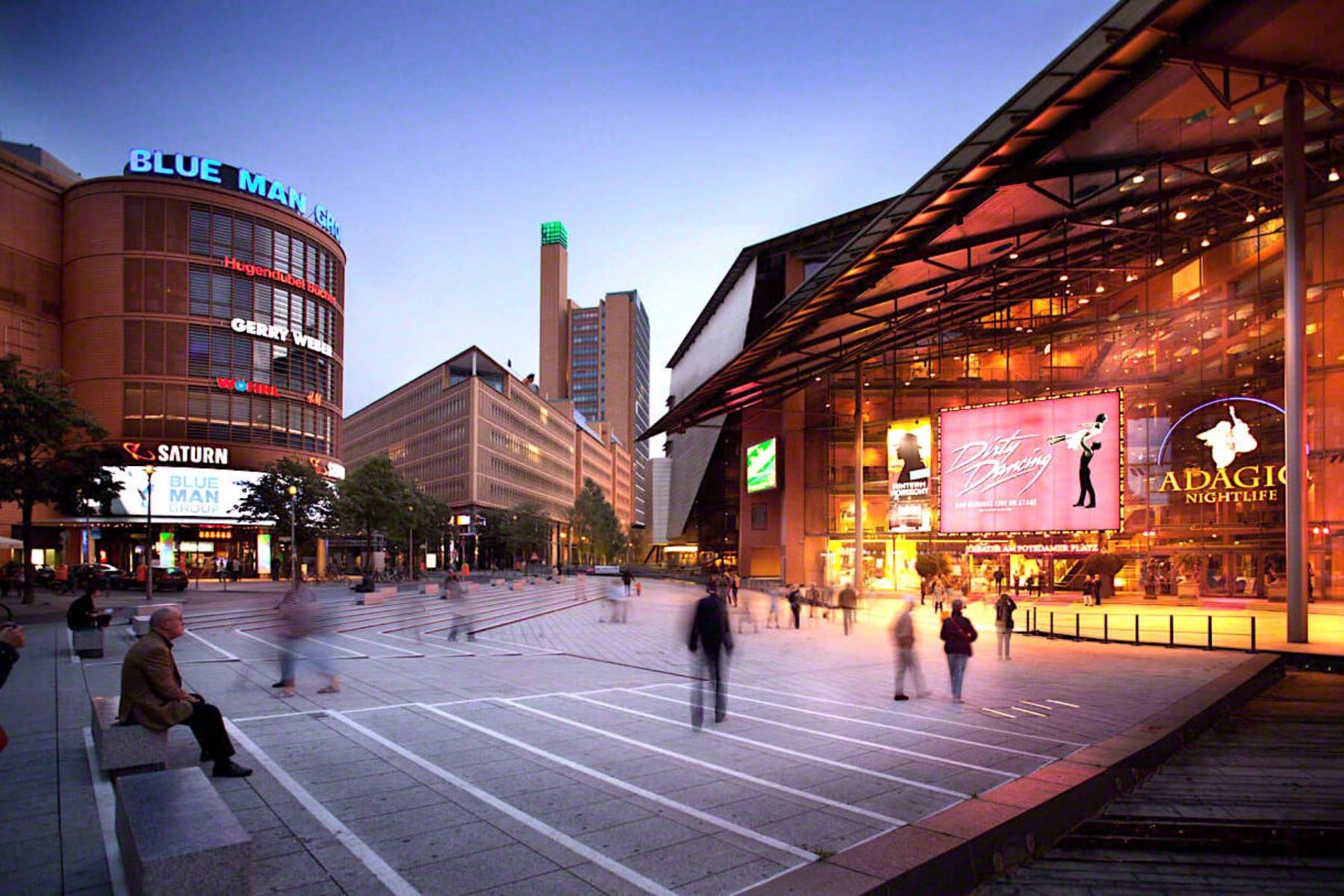 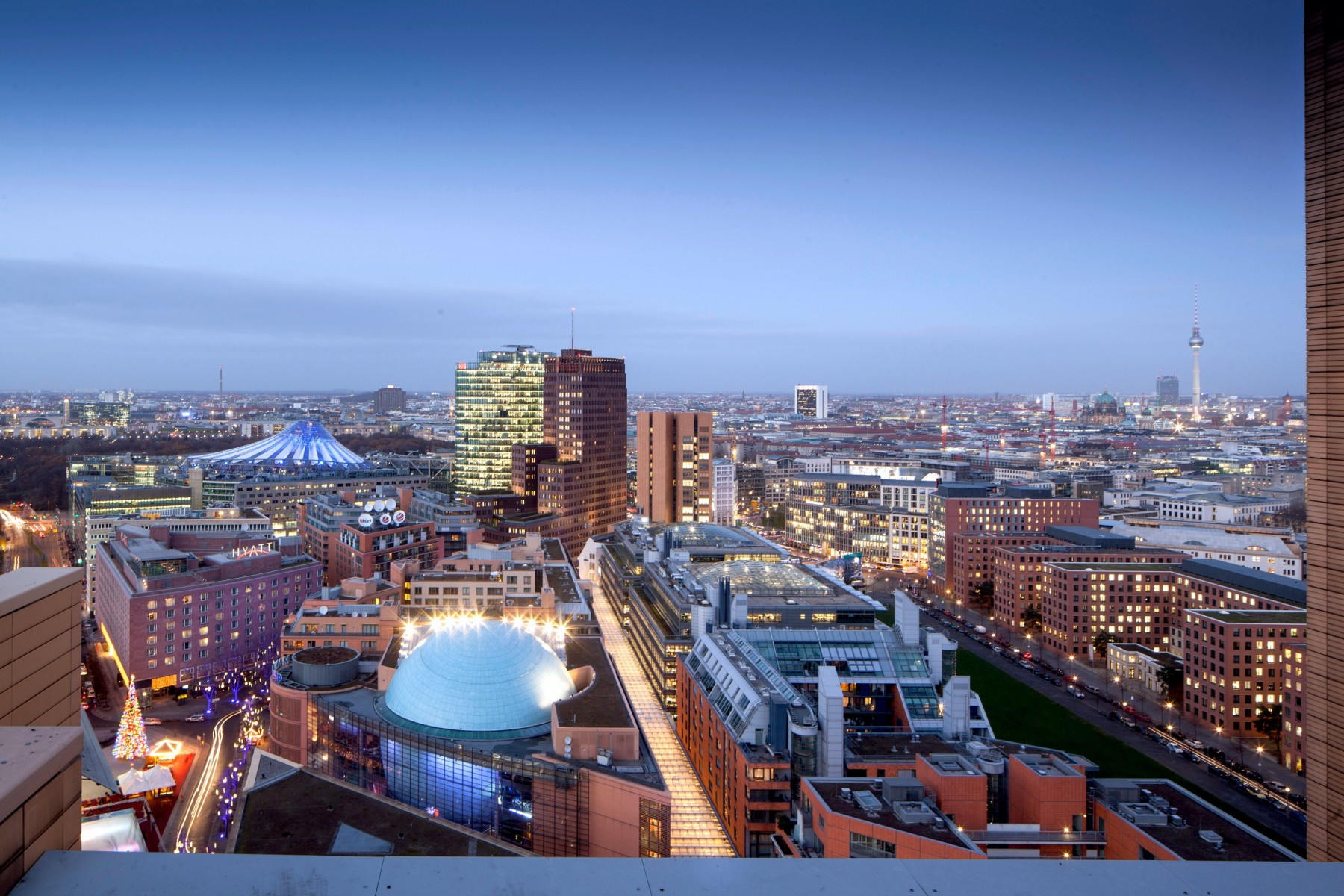 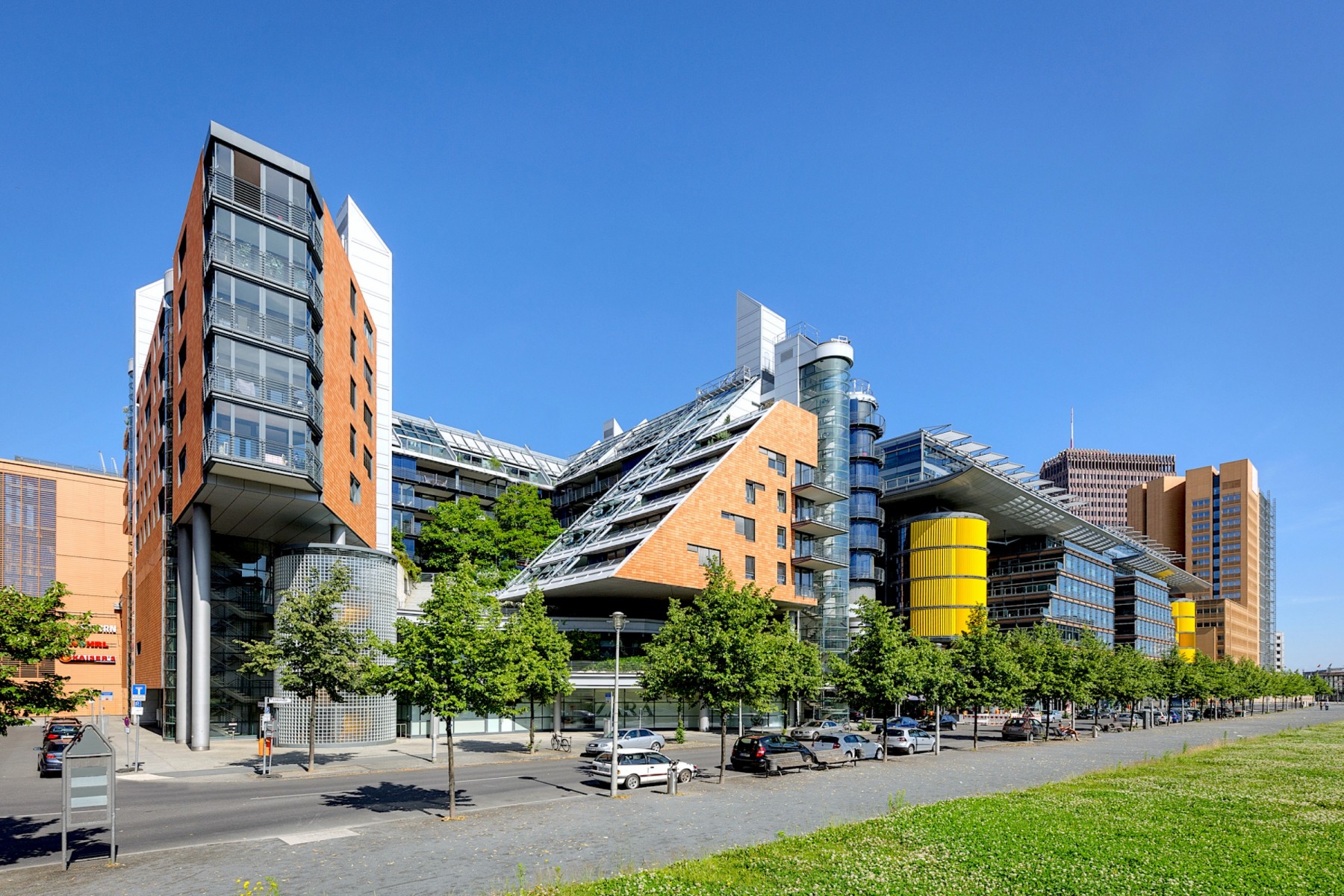 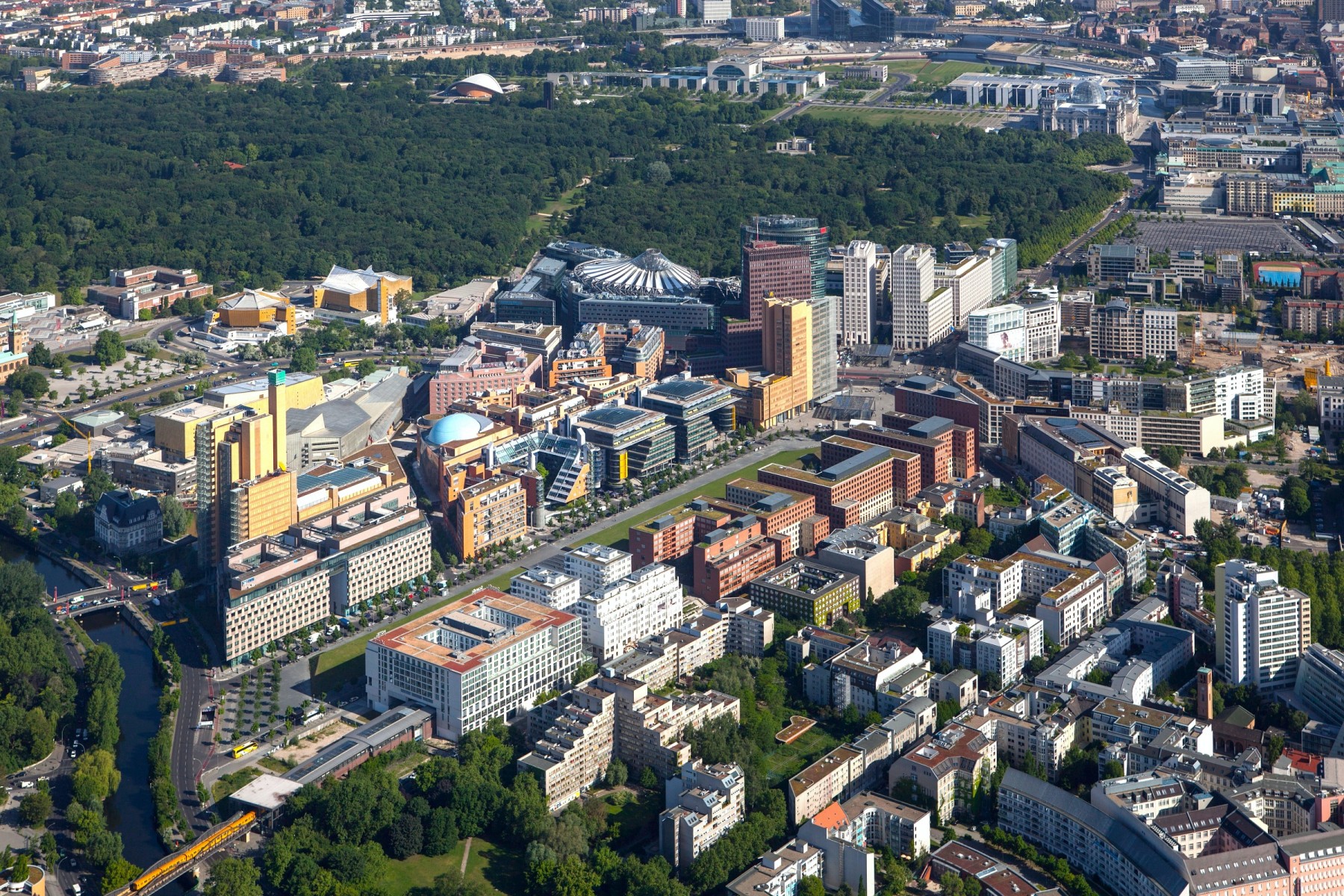 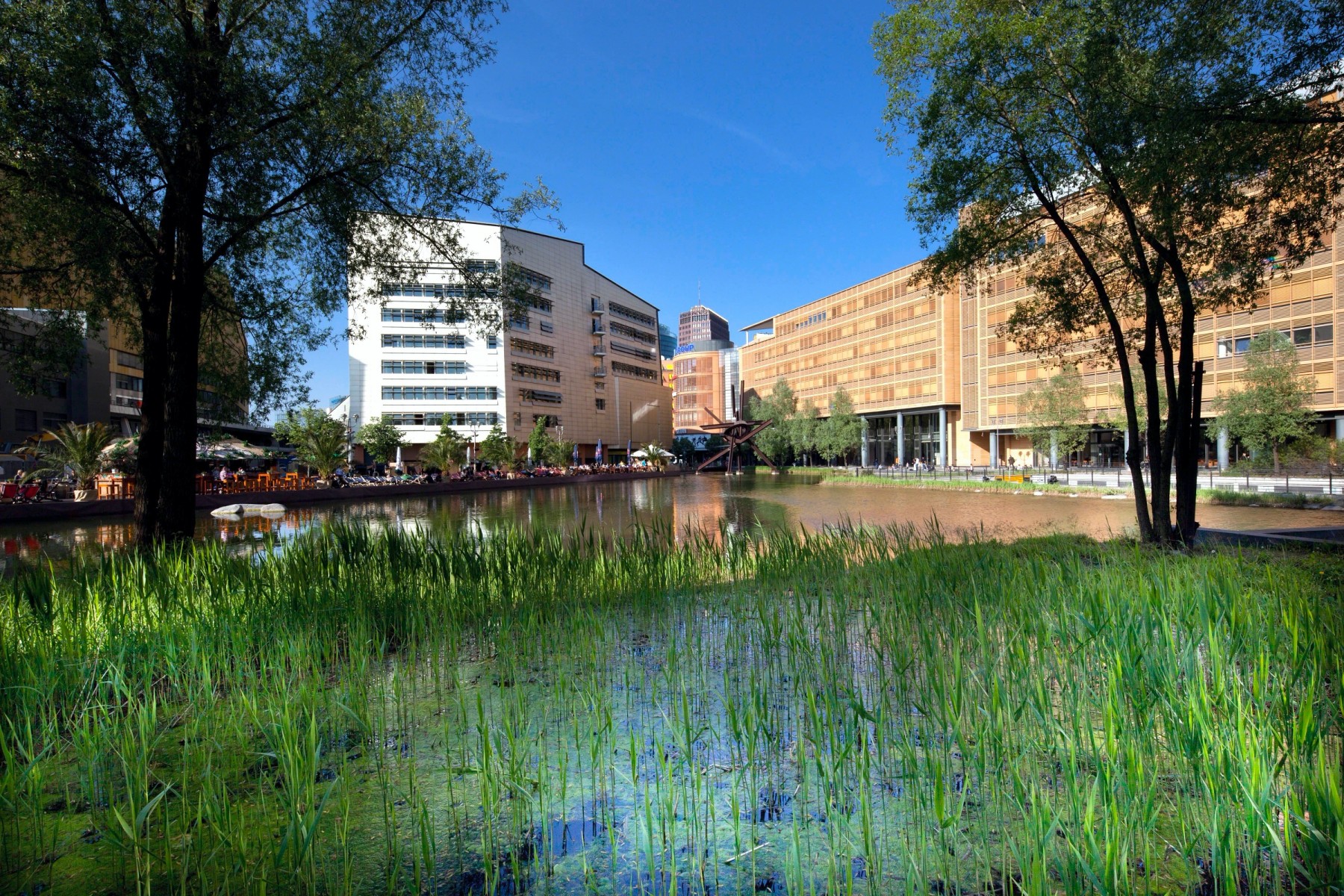 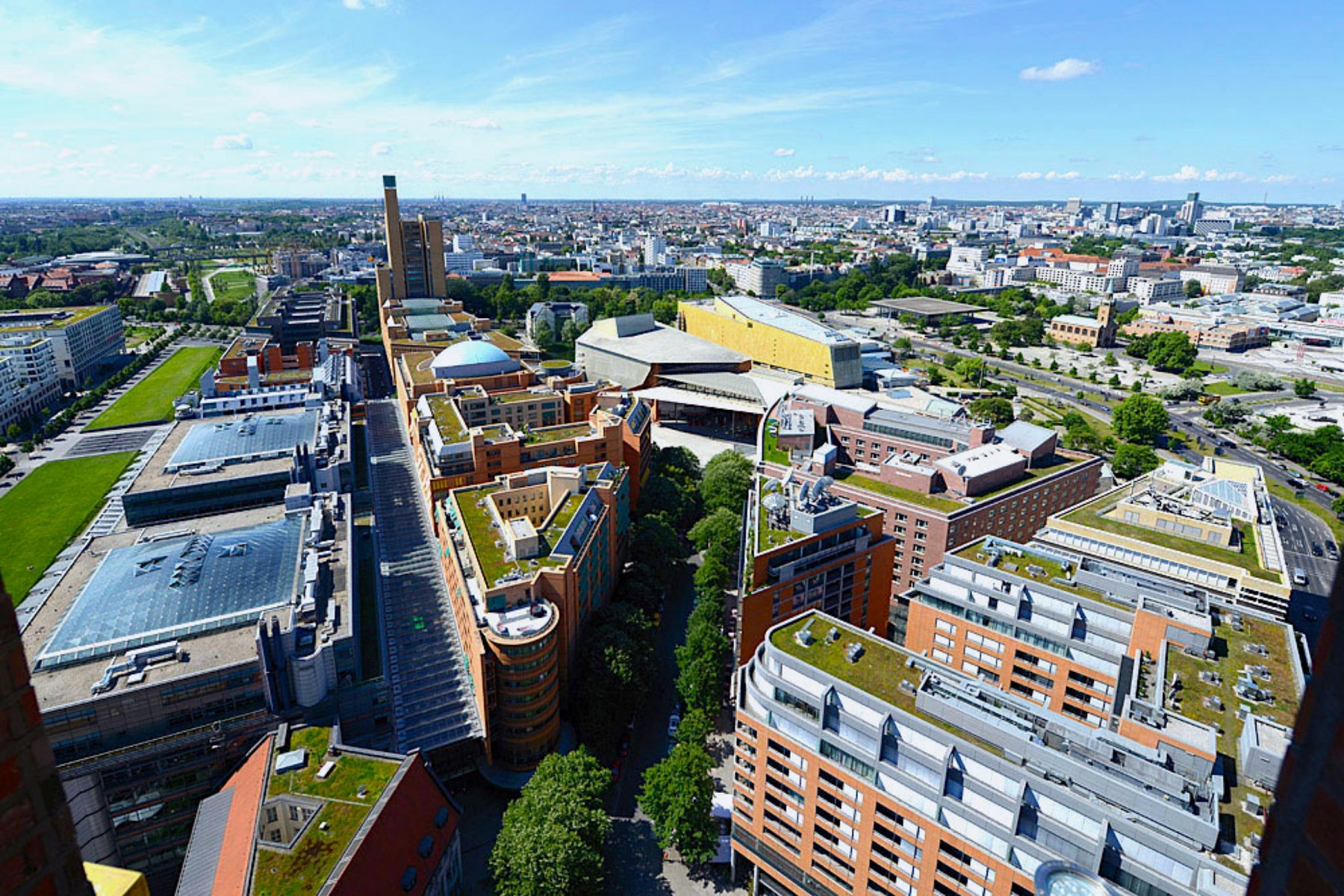 “It will not be long before the new architecture and vitality triggered by the vibrant mixed use development gives the Potsdamer Platz a new energy, reconnecting areas of the city long separated by the Berlin wall.” With these words Edzard Reuter, CEO at Daimler-Benz during the end of the Cold War, described his aspiration for reconnecting Potsdamer Platz, a dormant wasteland totally destroyed during World War II and later bisected by the Berlin Wall. Reuter wanted to develop the land, located in the heart of the newly reunified capital of Germany, in a way that symbolically and physically helped to heal the city’s wounds.

During the 1990s, the 150-acre site was transformed by Daimler-Benz Real Estate, Sony, and other private developers in cooperation with the City of Berlin into a vibrant mixed-use and sustainable community based on the ideas embodied in a historic European city, which places human activity, scale, and experience at the heart of urban development. The 8-million-square-foot master plan envisioned by Renzo Piano, and designed and delivered in collaboration with architects Richard Rogers, Arata Isozaki, Rafael Moneo, Hans Kollhoff, and others, also thoughtfully integrates landscape, ecology, and water features into the climate-responsive design and development.

A prime asset at the geographical center of Berlin, Potsdamer Platz sits among the city’s historic, creative, and government districts and attracts more than 110,000 visitors per day. During the 1990s, Potsdamer Platz was the biggest construction site in Europe and quickly became a symbol of German reunification and European integration. Two decades later, Potsdamer Platz continues to perform as one of the most ecologically forward end-to-end real estate design, construction, and management programs in the world. In 2011, Potsdamer Platz was one of the first city-scale developments to receive the German Sustainable Building Council Award.