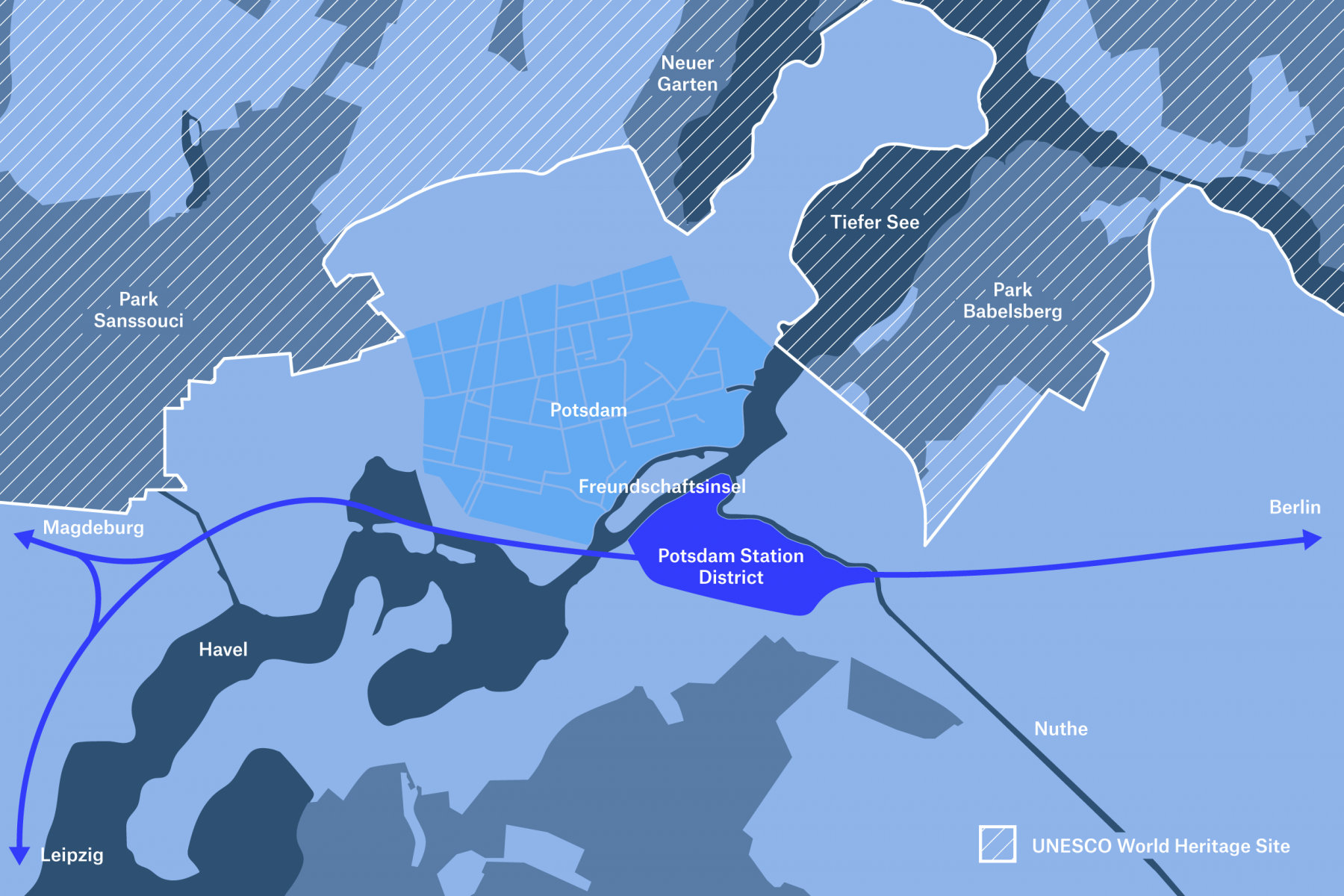 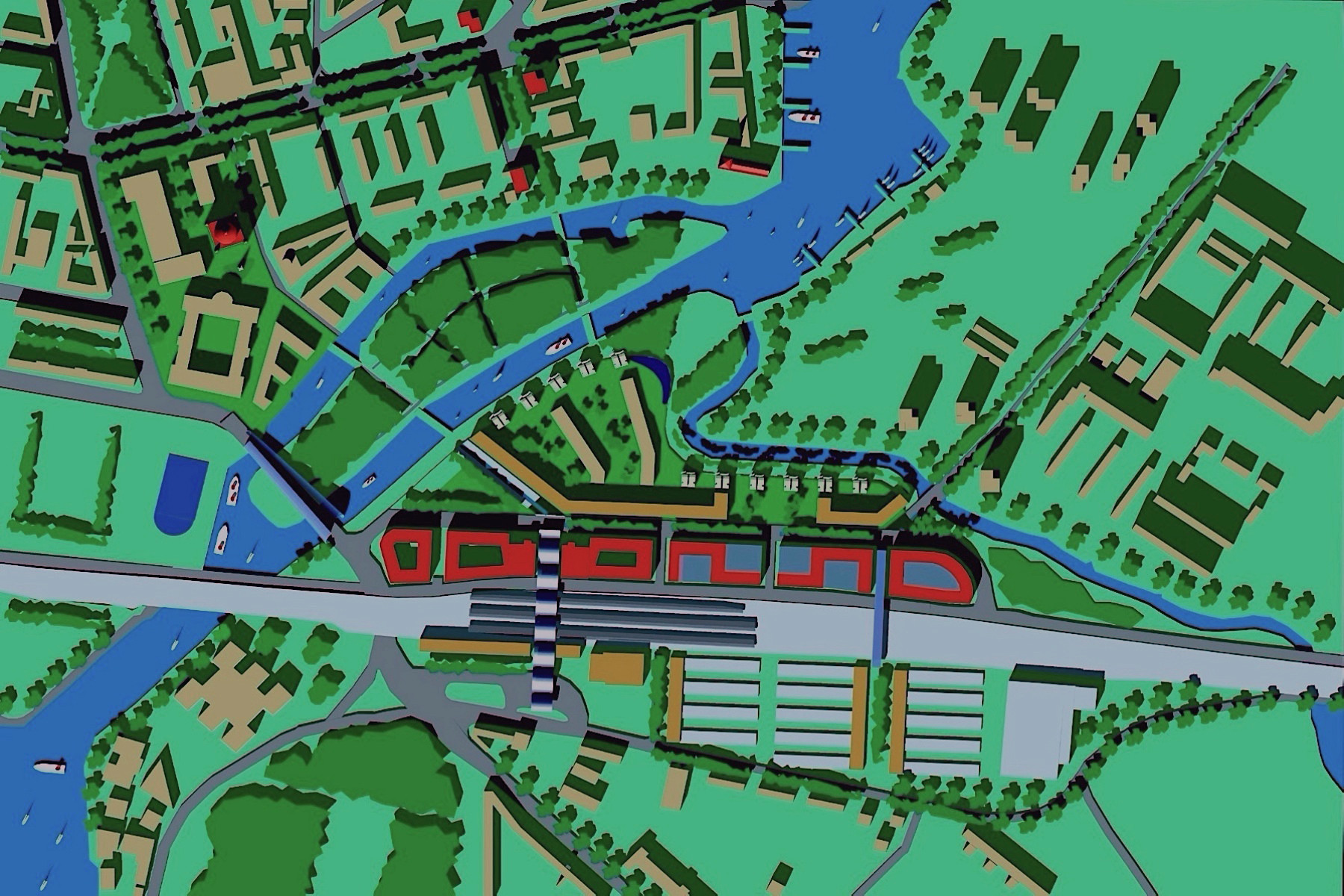 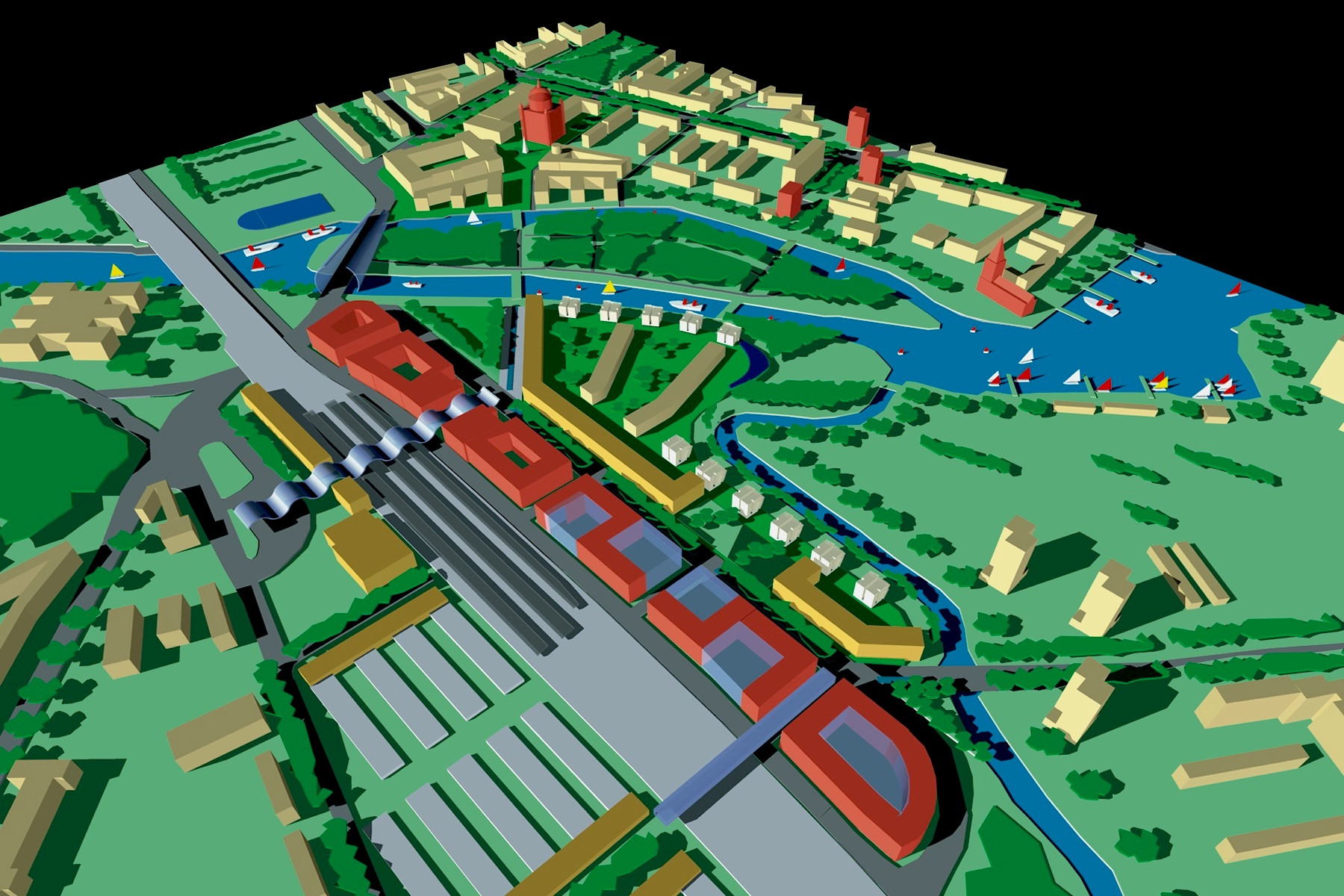 After the fall of the Berlin Wall, Potsdam’s historic city center was designated as a World Heritage site by the United Nations Educational, Scientific, and Cultural Organization (UNESCO), including its extraordinary complex of river- and lakeside palaces and parks. Within this rich cultural ecosystem, important buildings constructed between 1730 and 1916 represent an eclectic range of historic styles, united within a landscape planned by Peter Joseph Lenné after the mid-nineteenth century. Over time, the city’s central train station seemed to scar and divide the historic district with its rail yard and parking lots, and harsh social contrasts glaring across the tracks. So pronounced were these problems that they threatened to undermine the city’s World Heritage status. Deutsche Bahn Real Estate engaged WOWA to define a development that would energize the area and reintegrate it into the fabric of the city.

WOWA’s feasibility study and master plan were founded on intensive research. In order to meaningfully integrate the station and its environs into Potsdam’s layered cultural landscape, we needed to understand the underlying topography and evolution of the urban space, with its distinctive ecologies, patterns of land use, urban design traditions, and forms of industry. We envisioned a compact, health-centered community straddling the existing station, with mixed-use buildings to the north and light industrial use to the south. This arrangement allows for the creation of a generous river-facing city park, echoing the heritage of the historic parks and palaces, and incorporating apartment buildings, townhouses, and urban villas. We combined our findings with the rigorous criteria governing UNESCO World Heritage status and analysis of the site’s potential in terms of use, to propose a future-oriented development in dynamic conversation with the past.

WOWA’s proposed intervention in Potsdam’s historic quarter led to the preservation of the site’s World Heritage status, with its associated prestige and access to funding. Our historically informed master plan balanced global standards in historic preservation with the priorities of German federal, state, and municipal agencies. We defined the path to a 2-million-square-foot community that truly enhances its setting while providing the usable area required for economic viability. And our work with Deutsche Bahn Real Estate led the way for public-private partnerships in the city. Reconceived as a multimodal hub, the station supports active and sustainable transit options, and climate-responsive design demonstrates the potential for innovation in even the most high-profile conservation settings. This new gateway to Potsdam represents a point of connection, rather than division, healing a gash in the urban fabric and welcoming tourists, commuters, and residents alike.